Rhome United Methodist Church has been meeting since November 17, 1884.  Rev. F. V. Evans served the Church.  It is believed that Rev. Evans also served Aurora, Newark, and Anneville.  On November 16, 1892, Col. Benjamin Morris and his wife, Roxana Blair Morris, deeded a lot to the Church for the purpose of building a structure for worship.  The first Church was presented to the congregation on October 13, 1902. 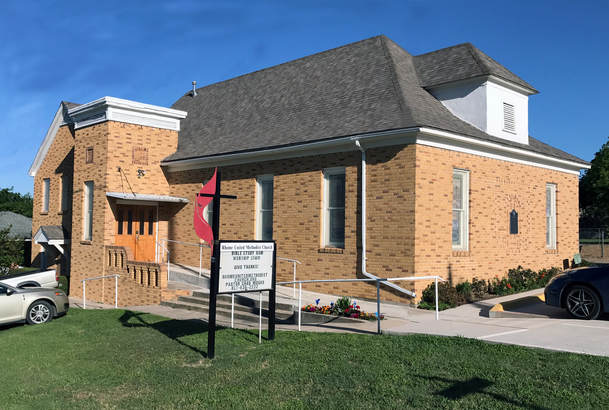 Highway 114 took the original building.  In the early 1940s, the congregation purchased the building of the Cumberland Presbyterian Church at the corner of First and Dogwood streets in downtown Rhome.  Today, worship services continue to be held at this stately church, which holds the distinction of being a Texas Historical Designated Building. 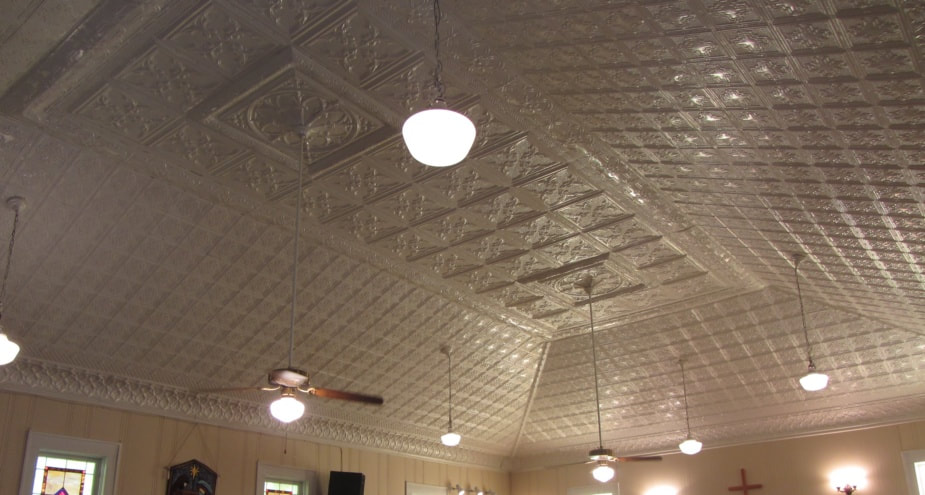 The interior of the church has a spectacular ceiling, which reflects the light beautifully.
As the congregation grew in the 1990s, Rhome purchased an eight-acre parcel of land located four miles south of the Rhome church on County Road 4651.  Participating in the North Central Conference Vision 20/20 program, Rhome began building on the property.
By July 28, 2002, the new church, called Seven Hills United Methodist Church, began holding worship services.  While the Seven Hills UMC closed in 2011, Rhome continues to serve the community.

Throughout the years, Rhome has remained open and has served the community spiritually through continued worship activities, Youth activities, United Methodist Women, United Methodist Men, Vacation Bible School, the Spirit of Christmas, Bible Studies, and others.
An improvement to the location includes the building of the playground on Dogwood street.

The current Pastor is Chad Mogus.